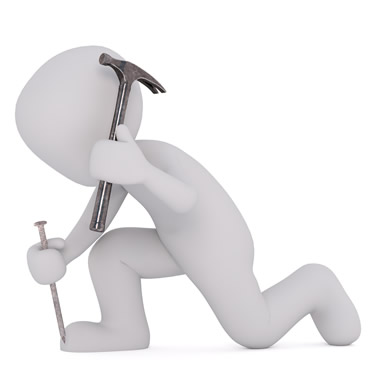 Building work-pricing website HaMuch has taken on the mantle of solving the UK tradesman crisis by offering a free apprenticeship matchmaking service to plumbers, electricians, carpenters and bricklayers with those who would like to work in the trades.

The construction industry and related trades are in crisis as thousands of Polish workers have already returned home, leaving building sites and homes short on skilled labour. Up to 20% of European building trade workers are considering leaving our shores once the UK leaves the EU.

These numbers could make a mockery of the Government’s targets on house-building. Late 2018 figures from the Office for National Statistics noted that 33% of those in the construction industry in London are from the EU, with almost 110,000 EU workers in the industry across the UK.

“What we are seeing is a lot of panic about falling numbers on building sites and in the kind of tradesmen and tradeswomen who do the maintenance on our homes,” says HaMuch founder Tarquin Purdie. “No one is acting, so we have decided to. We are helping businesses across the sector provide and grow the next generation of builders, electricians, plumbers, carpenters and plasterers.

“Many people don’t even know you can still get apprenticeships in the trades and get paid while you learn. We think our free matchmaking service will be a great success and a boost to the economy, whilst really delivering for consumers, too.”

The service will work by matching requests from young men and women who wish to join the trades with small and large businesses in their area. The website offers advice to tradesmen and tradeswomen on how to fund apprenticeships, as well as information on how much apprentices can expect to be paid alongside what they will learn.

“It was demand from the thousands of tradesmen that use HaMuch.com that drove our desire to start up the apprenticeship scheme and we’re really excited about the opportunities that this will represent for young people and those who want to re-train,” says Purdie. This is the only way to plug a glaring skills gap in the UK.“

The free-to-use apprenticeship scheme is now open for small or large businesses looking to take on keen individuals who want to find apprenticeships, as well as for apprentices to find firms in need of enthusiastic learners. The move could well lead to the largest boost in apprenticeships since the 1970s.